The ProLibertad Freedom Campaign is asking folks to support these two events in NYC dedicated to the Cuban 5 and our brother Sekou Odinga! 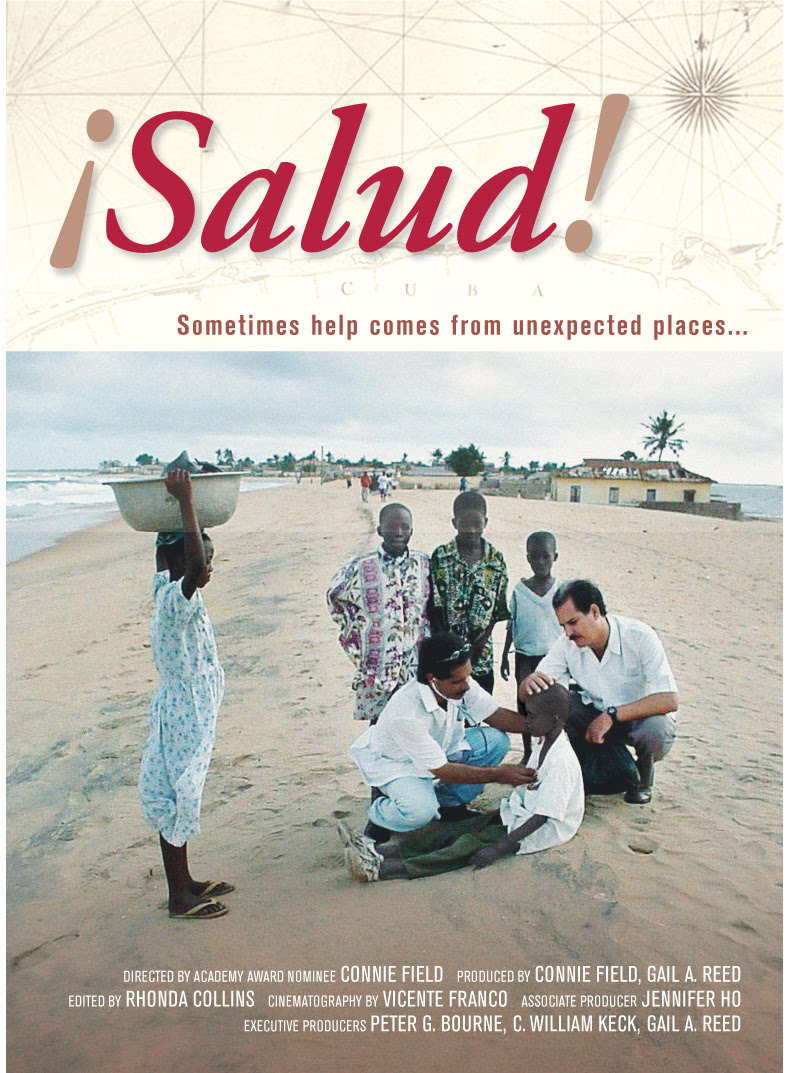 A timely examination of human values and the health issues that affect us all, ¡Salud!looks at the curious case of Cuba, a cash-strapped country with what the BBC calls ‘one of the world’s best health systems.’ From the shores of Africa to the Americas, !Salud!hits the road with some of the 28,000 Cuban health professionals serving in 68 countries, and explores the hearts and minds of international medical students in Cuba -- now numbering 30,000, including nearly 100 from the USA. Their stories plus testimony from experts around the world bring home the competing agendas that mark the battle for global health—and the complex realities confronting the movement to make healthcare everyone’s birth right.

A feature documentary, ¡Salud! is directed by Academy Award nominee Connie Field and co-produced by Gail Reed. The film spans three continents to look at the philosophy and health professionals placing Cuba on the map in the worldwide movement to make health care a global birthright. Today, Cubans are among the world’s healthiest people, despite the island’s poverty. Cuba’s volunteer corps now posts 28,000 health professionals in 68 countries; and Cuban medical schools will graduate an unprecedented 100,000 new doctors from developing countries over the next decade.

A Benefit for POW Sekou Odinga

Support One of Cointelpro's Victims!

COINTELPRO began in 1956 and continued through the 1960s and into the 1970s, focusing particularly on the Puerto Rican Independence, Black Liberation, Chicano Liberation and American Indian Movements. COINTELPRO racked up a number of assassinations, false imprisonments and ruined lives. No government official was ever punished for actions taken under the program’s auspices.

The film by Freedom Archives details this history through the artful use of still photos and moving images of the period covered. Films of police attacks and protests; still photos of revolutionary leaders and police murders graphically remind the viewer of Washington’s willingness to do whatever it takes to maintain its control. Organizers who began their political activity during the time of Cointelpro discuss the effect the program had on them and the organizations and individuals they worked with. Indeed, several of the interviewees were themselves targets and spent years in prison (some under false accusations, as in the case of Geronimo ji-Jaga Pratt) or on the run.

Former Black Panther member Kathleen Cleaver states toward the end of the film that COINTELPRO represented the efforts of a political police force making the decision as to what is allowed politically and what is not. Anything outside the parameters set by this force was fair game. Nothing that was done by government officials or private groups and individuals acting on the government’s behalf was perceived as wrong or illegal. As Attorney Bob Boyle makes clear in his final statement in the film, COINTELPRO is alive and well. The only difference now is that most of what was illegal for the government to do during COINTELPRO’s official existence is now legal. The PATRIOT Act and other laws associated with the creation of the Department of Homeland Security have insured this.

COINTELPRO 101 is a well made and appealing primer on the history of the US police state. Produced, written and directed by individuals who have themselves been the target of tactics documented in the film, it has an authenticity and immediacy that pulls the viewer in. Although too short to cover the history in as full detail as some may desire, the film’s intelligence and conscientious presentation of the historical narrative makes it a film that the student, the citizen and the activist can all appreciate.

Dinner will be Served for $5!