SPEAK OUT & STAND UP TO ELIMINATE VIOLENCE AND ABUSE OF BLACK/AFRICANA WOMEN & GIRLS, Thurs., Jan. 19 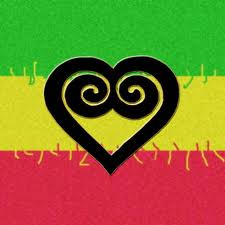 
Date and Times:   January -19-2012    4:00pm - 7:00pm  Brief Description A Special Community Information and Action Session to discuss the issue of violence and abuse of females of African descent and the proposed work to eradicate it as mandated by a new pro-active project mandated by the original "Million Woman March National Campaign for the Elimination of Violence and Abuse of Black/Africana Women and Girls". This is the first of several sessions that will be held to assist in providing greater awareness to the community at large and to assist in the development of a Trenton area Task Force Unit and the further preparation for the upcoming 2013 national Summit that is being planned (Washington, DC)    SPECIAL GUEST SPEAKER:: Sis. Empress Phile' Chionesu, (EMPRESS CHI) Originator of the historic Million Woman March and President General of the MWM Universal Movements

Co-Sponsored By:  Trenton Anti-Violence Coalition, Black. Woman's Defense League, and Moms On A Mission
Posted by SENDMEYOURNEWS at 10:20 AM