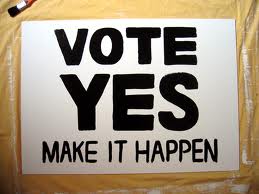 Vote "yes" for H.R.3785: congressional bill to
repeal provisions for concentration camps under Section 1021 of NDAA

Please read and share my new JusticeGagged article, entitled "Avoid Slavery - Support H.R.3785"http://justicegagged.blogspot.com/2012/02/avoid-slavery-support-hr3785.html . President Obama said he regretted signing the National Defense Authorization Act (NDAA) with the provision for indefinite detention without cause in concentration camps on December 31, 2011, but he did sign it. Make him happy by eliminating that provision. No righteous leader wants to pass along to unknown future presidents the power to order people into detention camps without criminal charges. Power is always misused at some point. Vote for H.R.3785 at OpenCongress.org link http://www.opencongress.org/bill/112-h3785/show and ask your reps to pass H.R.3785 at the "Write to Elected Officials" site http://www.usa.gov/Contact/Elected.shtml - (The five(5) links in this article do not open in a new window as I elected in all my blogs' settings. I am cyberstalked. Please use your back arrow to return to FreeSpeakBlog.) Below is an excerpt from the article, "Avoid Slavery - Support H.R.3785."

KEEP THE DREAM MOVING TOWARD FULFILLMENT

SLAVERY AIN'T NO JOKE
*********
DID YOU SEE MADONNA'S SUPERBOWL 2012 HALFTIME SHOW? It is embedded below and is published at YouTube link  http://youtu.be/W795W63n7mA . The show had scenes straight out of Revelation. The People were all slaves and soldiers serving the elite. There was much symbolism, including pyramids, etc. Madonna obviously represent the elite in the video. Notice Madonna's coach was pulled by humans (slaves) instead of horses in the opening. See the People under the dancers' feet in a later scene. The masses were all boxed in and being trampled, completely deprived of freedom. Later, Madonna's dancers become a choir, denoting that people will serve another god during the Tribulation period. See Madonna elevated high on a pedestal like the elite will be during the End Times. But in the final scene, she plunges into hell's bottomless pit and says it feels like "home." That is the expected end for everyone who denounces Jesus Christ and righteousness. I don't know if Madonna is a Christian, but her show was straight out of Revelation! It was truth-telling at its finest. What a blessing for millions of people to see Revelation enacted at the Superbowl and on video. God is awesome. He can use anything and anyone to communicate His gospel and warn people that time is short. Rapture comes first, and I hope you won't miss your chance to skip Tribulation. "Choose this day whom ye will serve" (Joshua 24:15). This article continues after the video.

As Revelation teaches, the world will go into slavery one day, but the Bible does not say WHEN. I think it is up to the People to determine when slavery, depopulation, wars, and a worldwide dictatorship happen. The atrocities in Revelation will occur whenever people roll over and allow oppression to be rampant. The Bible says that God binds in heaven what we bind on earth, and He looses in heaven what we loose on earth. We are told to RESIST the devil and he will flee from us. "Find out just what any people will quietly submit to, and you have the exact measure of the injustice and wrong which will be imposed on them" ~Frederick Douglass.


Videos I use often become unavailable later, whether by coincidence or design. That happened to Madonna's 2012 NFL halftime video that was initially embedded here. The official NFL video of Madonna's half-time performance which was on YouTube at http://www.youtube.com/watch?v=ROkhklj0ZGs . It was taken offline after many Christian groups used it to show that even New World Orderlies know what their end will be. In the meanwhile, many people are oppressed, and it will get worse unless we unite against oppression. H.R.3785 can help make the End Game a 41st century problem. Please ask your representatives to support the bill to repeal NDAA Section 1021. Tell Satan, "Not on our watch!"

Advocacy for Justice by Mary Neal (MaryLovesJustice), director of Assistance to the Incarcerated Mentally Ill (AIMI), a/k/a "The Dorothea Dix Group" - Stalkers have taken control of my access to AIMI, because members are so effective advocating for justice and compassion for mentally challenged and condemned inmates. Visit us online!

Posted by SENDMEYOURNEWS at 12:12 AM