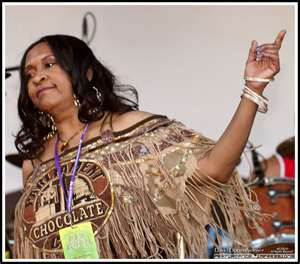 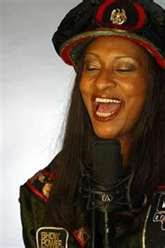 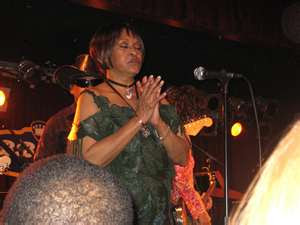 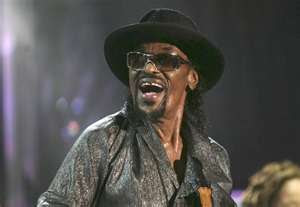 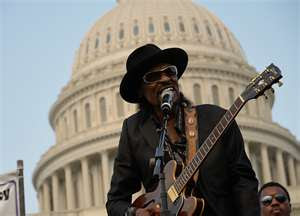 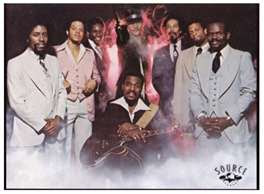 The Universal Zulu Nation says Rest In Peace to two of the Most Funkiest Singers,Musicians on the Planet Earth and  that is MaMa Belita Woods from Brainstorm and Paliament-Funkadelic(P-Funk) and The Great Godfather of Go Go brother Chuck Brown. They will be sadly miss but we keep them Alive in Spirit and Their Music. So play their music Loud and Keep it FUNKY.

It truly pains me to write another epitaph. Especially since, in this day and age, passing away at 63 is just too damn young. 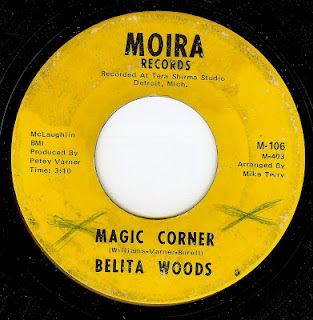 Although Belita Woods only released three solo singles, they are three records that I deeply cherish. In the later 70's Belita went on to sing with disco band Brainstorm, and in the early '90's she joined the P-Funk mob (which is where I first saw/ heard this amazing little woman with the big voice.) Belita looked foxy as can be on stage with P-Funk, often clad in a black leather mini, and she sang with absolute power and drama; her spots were always a highlight of the P Funk shows for me.

Her first release (1967) was the incredible double sider "Magic Corner b/w Grounded"; this record is easily my favorite Detroit double sider, period.Belita's vocals are so incredibly powerful on both sides that they practically collapse the capsule of the microphone that she sang into.
Magic Corner:
Today, our favorite go-go legend has passed on… 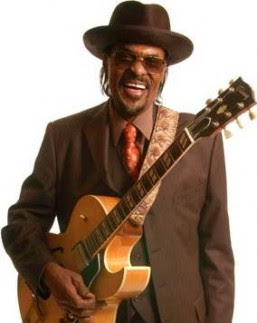 Our Godfather of go-go, Chuck Brown (born August 22, 1936) has passed away today. Being a DC native myself – this loss is significant to everything and everyone in our DMV music scene as a whole.
Chuck's career started as a guitarist alongside Jerry Butler and Earls of Rhythm. With his combination of soul and love of everything music – he became such a powerful and significant figure of our go-go music scene.
There isn't ONE go-go band or music personality in music that has not been introduced to the phenomenal personality of Mr. Chuck Brown. Either through his words or music – every life he touched he influenced in such a positive manner.
Not only was Chuck Brown EVERYTHING to our music scene – but he was such a significant figure in our community. During his lifetime, he contributed to not only his community but he extended his humanitarian efforts outside of it as well.
In his career alone, he inspired every go-go band you can imagine in our DC, MD and VA area. Outside of that genre, he was nominated for a Grammy for his performance with Jill Scott and Marcus Miller (from album We Got This in 2010). In 2011, he was also honored by the National Symphony Orchestra, during which he gave a spectacular performance with his band.

Posted by SENDMEYOURNEWS at 7:42 PM