Join us June 4th and 6th for two critical events on the Dalits (Untouchables) with Prof. Saibaba, a leading human rights advocate from India 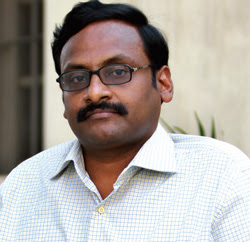 If you know folks in the Atlanta metro area interested in questions of international solidarity and anti-imperialism, encourage them to join us next week for these two events.

In Unity and Struggle,
Kali

The Struggle for Human Rights and Dignity in India: A Discussion on the Dalit Panthers and Dalit Social Movements
Guest Speaker
Professor G. N. Saibaba
A leading advocate for human rights for Dalits (untouchables) and Adivasis (Indigenous peoples) in India

International Social Movements in Historical Perspective: A presentation on the history of the Dalit Panthers and Dalit Social Movement in India and the Indian Diaspora
Guest Speaker
Professor G. N. Saibaba
A leading advocate for human rights for Dalits (untouchables) and Adivasis (Indigenous peoples) in India

Professor G. N. Saibaba is a social activist and public intellectual specializing in Dalit and Adivasi social movements. He is well versed in human rights issues and is an active opponent of Operation Green Hunt and the Indian government's war on the peoples of India. Professor Saibaba currently teaches literature at Ram Lal Anand College, University of Delhi. He completed his doctoral work on the disciplinary formation of Indian English literature examining it as an alliance between British colonialism and domestic Brahmanism. He has published several articles in journals and contributes to popular and commercial magazines on wide ranging contemporary issues. He served as the editor of Peoples' Resistance, a popular magazine in South Asia between 1996 and 2004. He is presently serving as the Joint Secretary of Revolutionary Democratic Front (RDF).


--
In Unity and Struggle,
Kali

Posted by SENDMEYOURNEWS at 5:26 PM