The Popular Education Project to Free the Cuban 5
www.freethecuban5.com
freethecuban5@gmail.com
718-601-4751


The U.S. government's denial of visitation rights is a cruel and horrible form of psychological torture. Their rationale for denial is ridiculous and baseless; none of these family members are a threat to national security.

We are asking people to fax or mail out this letter to Ms. Navanetham Pillay, The NEW High Commissioner of Human Rights of the Office for Human Rights-United Nations Office at Geneva. We are asking her to intercede on behalf of the Cuban 5's mothers/wives to pressure the U.S. government to grant them VISAs to visit their husbands/sons!!
Sign it and mail/fax to: 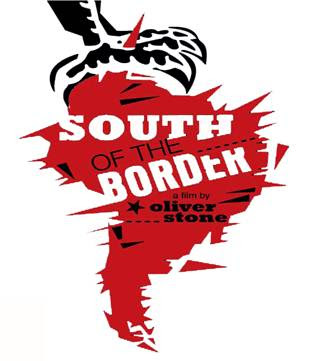 The Brecht Forum 451 West Street (Between. Bank and Bethune Sts.)
A, C, E or L to 14th Street & 8th Ave, walk down 8th Ave. to Bethune, turn right, walk west to the River and turn left.
Suggested donation: $5-10 (no one will be turned away for lack of funds)
Free the Cuban 5 Film Series!

As part of our ongoing efforts to educate about Cuba, the Cuban 5, and the Cuban political system, The Popular
Education Project to Free the Cuban 5 is hosting this film screening as part of "Free the Cuban 5 Month!"
Join us for South of the Border, a film by Oliver Stone!

There's a revolution underway in South America, but most of the world doesn't know it. Oliver Stone sets out on a road trip across five countries to explore the social and political movements as well as the mainstream media's misperception of South America while interviewing seven of its elected presidents. In casual
conversations with Presidents Hugo Chávez (Venezuela), Evo Morales (Bolivia), Lula da Silva (Brazil), Cristina Kirchner (Argentina), as well as her husband and ex-President N
ėstor Kirchner, Fernando Lugo (Paraguay), Rafael Correa (Ecuador), and Raúl Castro (Cuba), Stone gains unprecedented access and sheds new light upon the exciting transformations in the region.

The Popular Education Project to Free the Cuban 5:
For more information on the Cuban 5 please contact: freethecuban5@gmail.com or 718-601-4751
Visit our website: www.FreetheCuban5.com

Posted by SENDMEYOURNEWS at 1:18 PM