Trump Has A Great Opportunity to Win Black Support


Trump Has A Great Opportunity to Win Black Support 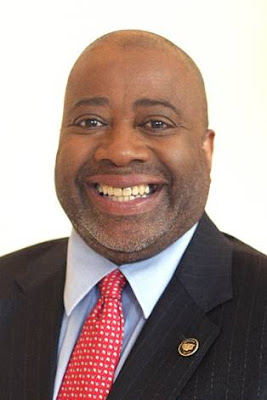 Former British Prime Minister, Winston Churchill once stated:  "To every many there comes a time when he is figuratively tapped on the shoulder and offered the chance to do a great and mighty work; unique to him and fitted to his talents; what a tragedy if that moment finds him unprepared or unqualified for the moment that could be his finest hour."

Churchill could have been speaking directly to President Trump and the Republican Party when it comes to the lack of "substantive" engagement with the Black community.

This president has a great story to tell relative to specific policies that he has promoted that have benefitted the Black community; but he and his administration, and his reelection campaign have a ways to go on the communications front.

The Republican brand is so damaged within the Black community that even great policies cannot truly get the traction they should until such time as the President begins to rehabilitate the brand of our party.

Right now, President Trump and the Republican Party are like Boeing trying to sell 737 Max jets to those in the market for an airplane.

Even when the FAA certifies the plane's airworthiness, Boeing will have to spend millions of dollars to reassure the flying public by rehabilitating its brand.
In a similar manner, this president and the Republican Party will have to do the same thing.  Currently, they have shown absolutely no signs of understanding this dynamic.

The Black community is in the market for a new party, but will Republicans make our party a viable alternative for my community?

The first thing that needs to happen is President Trump needs to identify some Blacks who have credibility within the Black community and has institutional knowledge of the party and its history.

No more promoting and showcasing Blacks who are minstrel shows or playing Stepin Fetchit.  Blacks are not here to entertain Republicans and we want to be treated like we are a wanted part of the conservative coalition.

This is why I am hosting a first in the history of the Republican Party luncheon next week in Washington, DC.

Black Americans for a Better Future Educational Fund that I am founder and Chairman of, will be hosting a luncheon titled, "A Conservative Vision for Civil Rights in the 21st Century."

We focus strictly on the Black entrepreneur because that was the next step in the Civil Rights movement for Dr. King.  Unfortunately, he didn't live to see that phase implemented.

So, what does this picture look like from a conservative perspective?  Well, we have former Virginia Congressman, Tom Davis making the affirmative case for substantive engagement with the Black community from a data analytics point of view.

Then we have former RNC Chairman and former two-time Mississippi governor, Haley Barbour, sharing his thoughts on a Conservative Vision for Civil Rights in the 21st Century.

The Black community is open to our party's conservative message.  Blacks don't need to be persuaded to become conservative; we are already conservative.  We need only be invited to be part of the team.

I work with some of the biggest names in politics, business, and entertainment; whether providing media training, speechwriting, op-eds, or crisis management, etc.  I know how to move people with words and then translate the words into video and film.

I can say from firsthand knowledge that the lack of effectively communicating with the Black community is our party's Achilles heel.

President Trump nor his reelection campaign has anyone around them who understands the nexus of strategic communications and public relations.
Until this problem is solved, President Trump will never get the credit he deserves for making life in American better for Blacks during his presidency.

Meanings are in people, not in words.  So, it's not enough for President Trump to quote statistics; he must have Blacks around him with "credibility" in the Black community and also have Blacks around him who can effectively communicate his accomplishments to the Black community in a way that will move them to vote for him.  Statistics don't move people, emotion does.

What a tragedy if this moment finds President Trump and the Republican Party unprepared or unqualified for the moment that could be its and America's finest hour.

Raynard Jackson is a Pulitzer Award nominated columnist and founder and chairman of Black Americans for a Better Future (BAFBF), a federally registered 527 Super PAC established to get more Blacks involved in the Republican Party. BAFBF focuses on the Black entrepreneur. For more information about BAFBF, visit www.bafbf.org. You can follow Raynard on Twitter @Raynard1223.

Raynard Jackson is a Pulitzer Prize nominated columnist  and President & CEO of Raynard Jackson & Associates, LLC, an internationally recognized political consulting, government affairs, and PR firm based in Washington, DC.  Jackson is an internationally recognized radio talk show host and TV commentator.  He has coined the phrase "straticist."  As a straticist, he has merged strategic planning with public relations.  Call RJA to discuss how they can get you to the next level of your career or business.

Founder and Chairman of Black Americans for a Better Future (BAFBF), a federally registered 527 Super PAC established to get more Blacks involved in the Republican Party.  We focus on the Black entrepreneurs.

My book is now available for purchase on my website:  www.raynardjackson.com

Posted by SENDMEYOURNEWS at 8:44 PM