Statement on U.S. Protests from Trinidad and Tobago's 'Movement for Social Justice' 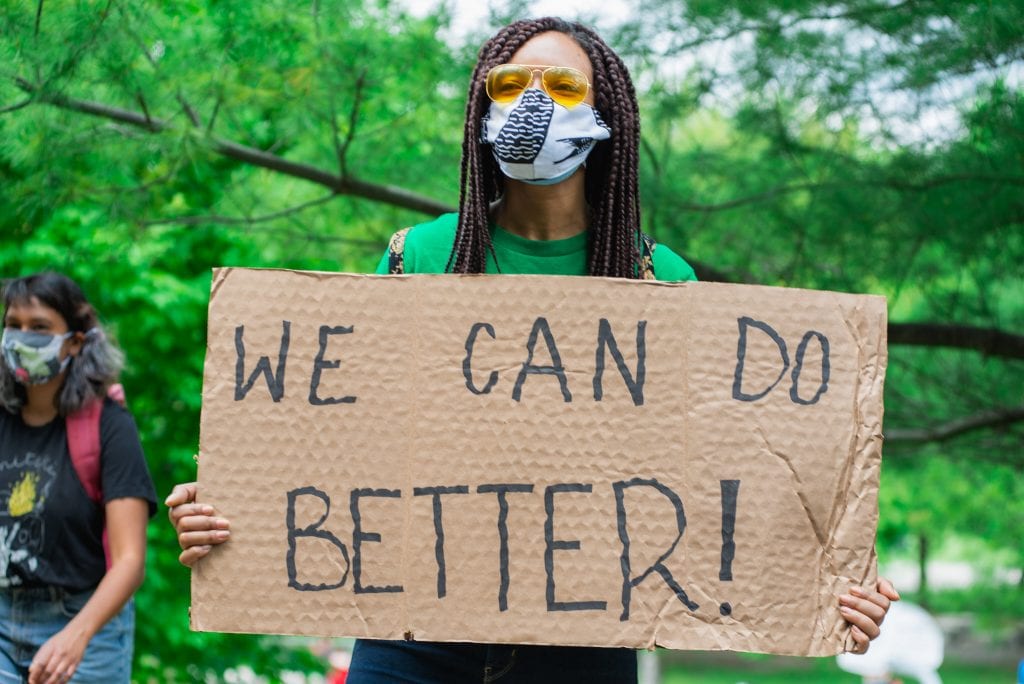 "It is not easy to describe a crisis so profound that it has caused the most powerful nation in the world to stagger in confusion and bewilderment. Today's problems are so acute because the tragic evasions and defaults of several centuries have accumulated to disaster proportions. The luxury of a leisurely approach to urgent solutions – the ease of gradualism – was forfeited by ignoring the issues for too long. The nation waited until the black man was exploding with fury before stirring itself even to partial concern. Confronted now with the interrelated problems of war, inflation, urban decay, white backlash and a climate of violence,, it is now forced to address itself to race relations and poverty, and it is tragically unprepared. What might once have been a series of separate problems now merge into a social crisis of almost stupefying complexity. I am not sad that black Americans are rebelling: this was not only inevitable but eminently desirable. Without this magnificent ferment…the old evasions and procrastinations would have continued indefinitely".
This powerful assessment of the State of the United States was not made within the last few days. These are the words of Dr. Martin Luther King Jr. written in 1968. In essence the condition of African Americans and people of colour has not changed fundamentally in the last 50 years. Institutional racism is sill central to American society. It exists in the economy where wealth and income are grossly unequal. It exists in the social services—education, housing and, as we have seen with Covid 19, in health with it now being accepted that the social determinants of health were a key factor in African Americans dying in far greater proportion than others. Institutional racism is most glaringly evident in the criminal justice system from the violent and discriminatory actions of the police to the courts and prison system. The US was built on violence—the genocide of indigenous people; slavery; Jim Crow and so much more. It is that culture of violence that is also being seen in the protests today. There has been a foot on the neck of black people since slavery and so black America understood what the murder of George Floyd meant to them—they experience injustice every day.
It is these issues that America is now being confronted with by the rebellions that are underway, almost everywhere in the US. Significantly, there are also very many white Americans who have joined in this rebellion. And the majority of those in the protests are young people. The fact that within days of George Floyd being murdered by police officers, there have been such widespread protests all over the US is an indication that the rebellion is not just about racism, it is about the unjust nature of the American economic and social systems.
This rebellion is a continuation of the Occupy Wall Street, Black Lives, Environmental and Me Too and the many justice campaigns and movements that have erupted in the past decade or more. The rebellion underway is also coming at a critical moment when in the White House there sits a racist, a misogynist and a neo-fascist. Trump's statements demonstrate his intent: "when the looting starts, the shooting starts" (a quote from a racist police commissioner in the US South during the civil rights protests of the 1960's); and his threat to use the US military to stop the protests. This is fascism, plain and simple. In major economic and political crises, there will always appear forces of repression—of fascism. The economic crisis precipitated by Covid has created conditions for Trump's neo-fascism. This poses a danger to the entire world.
The MSJ is compelled to extend our solidarity to the mass movement in the US, not only because solidarity is one of our core principles, but because there are so many hundreds of thousands, indeed there are millions, of Caribbean nationals and their descendants living and working in the US. They are our sisters and brothers, parents, cousins, aunts and uncles, neighbors, former co-workers and friends and they too have to face on a daily basis the institutional racism of the US and the fear of police action and the unjust criminal "justice" system. They are our Diaspora and they are an integral part of our present and future.
The MSJ calls on CARICOM governments to express concern and solidarity with our Caribbean sisters and brothers and with all those who are today fighting a historic battle to bring about a better world, a more just and inclusive society.
The MSJ also believes that we in Trinidad and Tobago must, notwithstanding the limitations of Covid on public activities, express our solidarity in a concrete way. We therefore call on people to blow their horns whenever they pass the US Embassy so that the Representative of Mr. Trump knows that racism must be ended and justice must be done. Do not be distracted by the "looting" and "violence". As Martin Luther King Jnr. said "Riots are the language of the unheard".
At the same time, this will let the US Government know that they are in absolutely no position of moral authority to tell us, or any other nation, about democracy, freedom and human rights. Take the beam out of your eye, US imperialism, before you attempt to remove the splinter from others.
Finally, let what is happening in the US be a lesson to us here in Trinidad and Tobago for there is much that is wrong in our society: discrimination, inequality and injustices abound here and they must be corrected! NO Justice! NO Peace!
Share with a friend:
Posted by SENDMEYOURNEWS at 10:28 AM