Waymen Eddings is a candidate for the United States Congress in Louisville, KY, the Kentucky 3rd Congressional District. 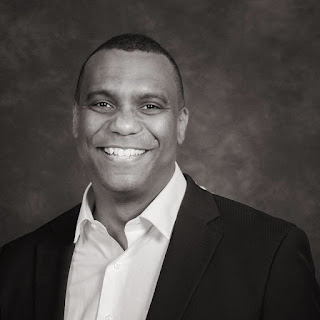 After many years as a community advocate for local issues and exposure to our community leaders, Mr. Eddings is an active government appointee, political activist, and candidate for public office. Most recently, in the final months of the Bevin administration, former KY Justice and Public Safety Cabinet Secretary Tilley appointed him as a Special Assistant to the Department for Juvenile Justice. In this role, Mr. Eddings was charged with Urban Outreach and Communication, as well as, authoring a mentorship approach called Ten-4. Notably, this period coincided with the controversial county-to-state surrender of youth detention responsibilities.
In 2018, he was commissioned as a Kentucky Colonel, the highest title of honor bestowed by the Governor of Kentucky. It is recognition of his noteworthy accomplishments and outstanding service to our state.
Early Years
Waymen Eddings grew up in razed housing project, Cotter Homes, the present-day revitalized neighborhood of Park duValle in the 1980's in Louisville, KY's West End. Youngest son of a single mom, his family moved to the Russell neighborhood in 1990.
High School
Waymen attended duPont Manual HS 1993-97 and graduated from Jefferson County HS in 1997. He struggled due to social challenges he faced but attended UofL in the Fall and Spring before leaving school to care for his young family.
Family and Work Life
Waymen worked days, volunteered weekends, and studied nights to prepare his career and family to be productive citizens of our local community. Furthermore, aware of the needs of our neighbors in challenging environments, he continues to advocate for families-in-crisis and communities-in-need.
Waymen is a father of five; four public school graduates from Waggoner, Ballard, Southern, Fern Creek, and a teen currently finishing high school. He resides in West Buechel.
LOUISVILLE, KY. (PRWEB) MAY 01, 2020

Posted by SENDMEYOURNEWS at 11:40 AM