Circulations of Knowledge and the ‘Imprisoned Black Radical Tradition’

*This interview is part of our online forum on 'The Imprisoned Black Radical Tradition,' organized by Stephen Wilson and Garrett Felber. The forum is in honor of Black August, which recognizes the overlapping histories of Black resistance. 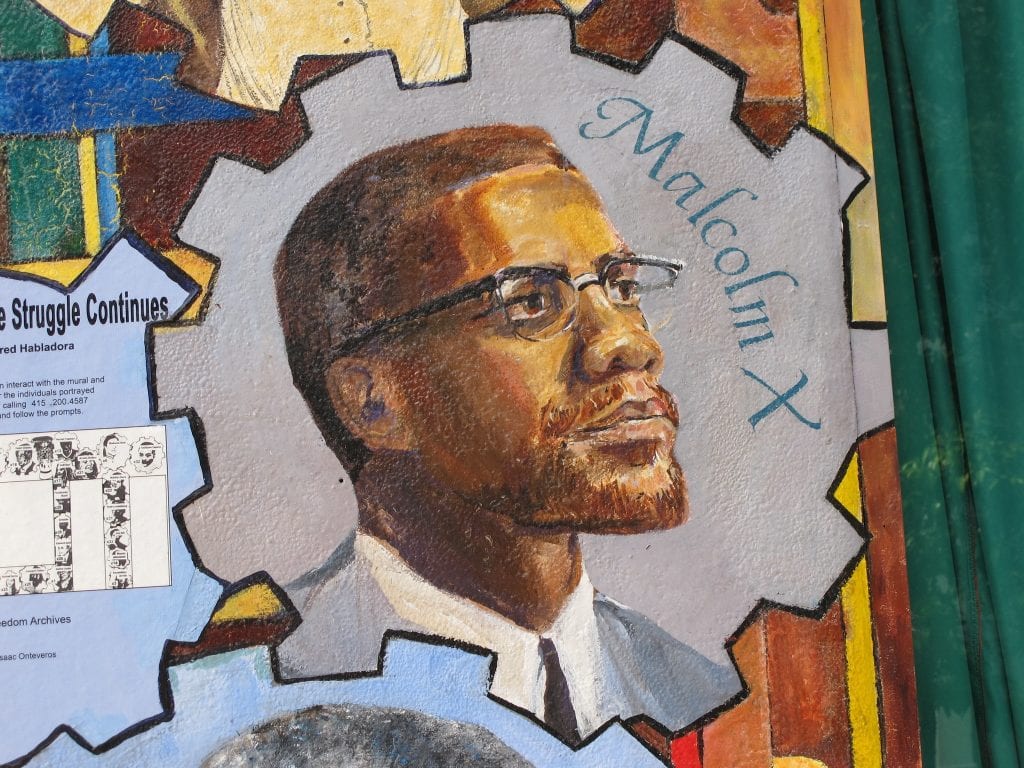 Joy James: A tradition is something that we follow not out of habit but out of necessity (customs and holidays are habits that can be shed over generations). A radical tradition as a felt need encourages us to improvise in order to minimize captivity and exploitation.
Dylan Rodríguez: A tradition literally only requires people as carriers, transmitters, inheritors, translators, and (re)creators of a cultural, political, creative, collective practice of being.  Scholarship is one (important) part of this, but we should be clear that "scholarship" is not reducible to academic scholarship (that is, work produced by professional scholars).  Scholarship is knowledge production that seeks critical analytical, theoretical, archival, aesthetic understanding of a condition.  The question of who constitutes the knowledge-makers within that tradition has to be decoupled from the institutionalization of knowledge in the imaginary (white, colonial, antiBlack) academy.  If we can to that, shit opens up radically to all kinds of thinkers and creators.
Orisanmi Burton: I think about this often. Especially in relation to Robinson's assertion that that for most of its existence, the Black radical tradition had developed without consciousness of itself as such. How can something be a tradition when its participants are unaware of it? I think of it in terms of inheritance. Each generation inherits a particular set historical circumstances, momentum, and capacities that were produced in dialogue with those of the past. Each generation is like a link in a chain.
Toussaint Losier: What a tradition most needs is that people have a sense that what they are involved in has a past and that they seek to shape its future. It's great if they've read all the books and know all the names, but at the most basic level, a tradition requires an awareness that something has come before and a commitment to working to see it continue in the future.

Stephen Wilson: How has the migration of much of social justice activism to online arenas impacted the Imprisoned Black Radical Tradition?

Joy James: With the latest police murders of civilians, and the protests that followed, online arenas are increasingly used as platforms for organizing political acts. Some arenas are private or encrypted. Popularized online arenas that look like lecture halls if they pursue the ideologies the funders that helped to create their bandwidth are likely not designed for sectors that derive their activism from emergency zones. There are archives like the Harriet Tubman Literary Circle that we designed years ago with the progressive librarians at UT-Austin. It is a repository for the Imprisoned Black Radical Rradition. And houses works that might be popularized in online arenas, e.g., Russell "Maroon" Shoats's "The Dragon and the Hydra: A Historical Study of Organizational Methods"; Mutulu Shakur's "A Truth and Reconciliation Proposal . . . "; Sundiata Acoli, "Unique Problems Associated with the Legal Defense of Political Prisoners and Prisoners of War." Given that there will be hundreds (if not thousands) of political prisoners following arrests of protestors in the wake of George Floyd's murder by police in May 2020, it is incumbent that we prepare to better understand developing carceral phenomena and state/prison repression.
Toussaint Losier: This is a trend that has the potential to further strain the relationship between those held behind bars and those involved in the movement outside. Not only does this make it more difficult for prisoners to stay informed about what is taking place beyond the wall, but it also constrains the ways in which they can educate themselves about what we are facing. At the same time, it's important to note that in some parts of the country, prisoners have found ways to make use of the internet to facilitate their own organizing. Beginning with the 2010 Georgia prison strike and continuing with the emergence of the Free Alabama Movement, much of this has been with contraband cell phones. More recently, those held in federal and state facilities from Alabama to Ohio to California have used smart phones to record video about their inhumane conditions, particularly the lack of protection against the pandemic. Many of these videos have been shared via social media, including Twitter and Facebook Live. Groups like Jailhouse Lawyers Speak has also made use of social media. As prisoners continue to use banned cell phones and other technology to connect with activism taking place on the outside, those activists are going to need to figure out more ways to support these prisoners as they put themselves at risk to engage this online arena.

Stephen Wilson: How has the loss of print publications coming into and going out of carceral sites impacted the Imprisoned Black Radical Tradition?

Dylan Rodríguez: The answer to this question is something I need to learn from incarcerated comrades.  From my position, it seems to be pretty devastating in some ways, but I'm not sure whether and how other forms of publication have been able to circulate because and in spite of the state's repression of print publications.
Toussaint Losier: From what I gather, it has impacted significantly. The most telling aspect of this impact has been narrowing the range of information that prisoners have access to, particularly in terms of the ideas and analysis that they have access to. These is a stark problem, with prisoners having less and less access to what at one point would have been print material. At the same time, those on the outside who seek to be in struggle with those on the inside do breaking down these divides. Publications like the San Francisco Bay View and the Abolitionist Newspaper are just two examples. Groups like the Incarcerated Workers Organizing Committee (IWOC) produce their own zines, while zine libraries regularly copy and circulate material from the outside in or from one institution to another. Although far from widespread, prisoner solidarity groups have found ways to get print material to prisoners when need be.
Orisanmi Burton: Until you asked this question. I hadn't thought about it in quite these terms. I have always had my reservations about the extent to which leftist thought lives online because it's so easily surveilled and because we don't control the infrastructure—the Internet Service Providers, the servers, the fiber optic cables, etc. The net neutrality debate, which is far from over, showed us that we cannot expect to have a "free and open" internet indefinitely. I think there is a need for us to revisit low tech options and purchase some printing presses. Your question makes perfect sense and is another example of why this may be necessary.
Share with a friend:
Posted by SENDMEYOURNEWS at 8:06 AM