The Growth of the Prison Industrial Complex

The Growth of the Prison Industrial Complex

*This interview is part of our online forum on 'The Imprisoned Black Radical Tradition,' organized by Stephen Wilson and Garrett Felber. The forum is in honor of Black August, which recognizes the overlapping histories of Black resistance. 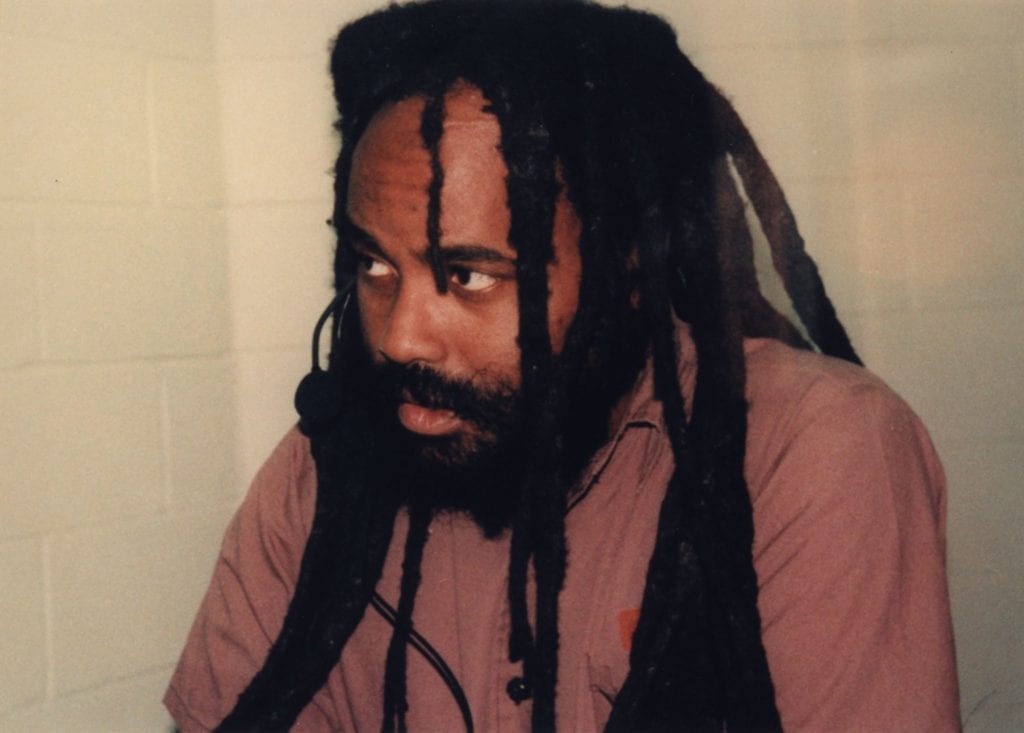 Orisanmi Burton: Growth is an essential part of the story. Growth and rationalization. In other words it's not just there are more prisons now than there were in the 1970s, but this expanded carceral infrastructure is used in tandem with rational methods for studying and distributing the captive populations across this infrastructure in order to maximize control. This is another unintended consequence of Black-led insurgency and prison rebellion. During the past five decades of prison growth, the narrative of prison authorities has essentially been: "Build us more prisons unless you want another San Attica. We need more space to separate the incorrigibles."
Dylan Rodríguez: The state expands capacity to wage carceral war in part by multiplying carceral sites and space.  In significant part, this means incarcerated radicals/revolutionaries are subject to more modes of forcible deportation from one prison to the next as the state attempts to undermine their ability to gain traction and build community with other incarcerated people.  Further, the growth of prison capacity needs to be understood as a multiplication of the state's infrastructure of criminalization—meaning, more prisons means more production of criminalized people (who are criminalized for life, not just while incarcerated).  Criminalization undermines the capacity to produce radical political work in multiple ways.

Stephen Wilson: Most prisoners are not familiar with the works of George Jackson, Angela Davis, Russell Shoatz and other Black writers. Prison libraries are not going to stock their works. How will prisoners gain access to these texts? How will the lack of access to these key works impact the continuity of the Imprisoned Black Radical Tradition?

Orisanmi Burton: Prison authorities learned some hard lessons in the 1970s and their political consciousness was heightened as a result. Today, many if not most of the large prison systems have very sophisticated communications management departments that monitor and shape the flow of information in both directions. Your point about the impact of online discourse is well taken and it makes perfect sense, but I want to make sure we don't underestimate our opponents. Their efforts to shape public perception are a major part of the story.
Toussaint Losier: These changes signal the degree to which the growth of the PIC hasn't just been about adding more prison beds, but also cutting the Imprisoned Black Radical Tradition from itself, so that it can't continue. Breaking the continuity of the Imprisoned Black Radical Tradition has been a key means of prison management overall.

Stephen Wilson: How does penal abolition relate to the Imprisoned Black Radical Tradition?

Toussaint Losier: Penal abolition is a product of the thought and action of the Imprisoned Black Radical Tradition.
Dylan Rodríguez: It depends which strain of penal abolition we're talking about.  I know that many of the folks who identify with penal abolition are part of a white Quaker tradition (this was prevalent in the organization ICOPA, for example).  Not everyone can get down with this form of abolition.  On the other hand, I view the Imprisoned Black Radical Tradition as central to a Black radical and liberationist abolitionist tradition.  It means an abolition of Civilization and a creative remaking of Being and the world.

Stephen Wilson: Black feminist thought and praxis have greatly influenced much of the Black radical activism occurring in "free" society. But inside, there seems to be open hostility toward Black feminist thought and praxis among many imprisoned Black radical intellectuals. Do you see this trend and why do you think this continues? How are the voices of marginalized populations to be heard in rigidly-gendered and gendering carceral sites, especially when the most vocal imprisoned Black radical intellectuals promote or willfully ignore sexism, misogyny, homophobia and transphobia? What is lost when we silence or erase these voices?

Joy James: Are the hostilities and their intensities directed at all types of Black feminist thought? Do the writings of Assata Shakur and Safiya Bukhari generate hostility?  When they ignore or vilify the rights and contributions of children, women, LGBTQ, differently-abled intellectuals and activists writ large—based on identity not ideology—then the incarcerated hamper their own liberation.
Toussaint Losier: This is a really important question that we are only just starting to figure out. First, I would say that a broader conversation about how the era in which the Combahee River Collective statement (1977) has become influential also dovetails in which the generalization of mass incarceration as a means of social control has occurred. At the most basic level, this has led to a sharp decline in the level of debate taking place between proponents of Black Nationalist, Marxist, and Feminist ideas, the sort of 'public square' debate that has long been a hallmark of Black radicalism. To the degree that this debate continues, the PIC has left it segmented into debates that rarely overlap with each other. Perhaps more than anything, this dynamic has left the ideas and belief being developed by imprisoned Black women, ideas which don't often map onto Black feminist thought, isolated from not only the discussions taking place amongst not only imprisoned men, but also those outside the prison walls as well. At the end of the day, the most serious consequence of this has been to develop a rigorous, common sense idea of how the prison serves to reinscribe not only notions of white supremacy and class exploitation, but also patriarchal domination as well.
Orisanmi Burton: Word. I want to highlight one thing I've been thinking about which is that for many cis-gendered assumptively heterosexual men, the experience of imprisonment provides a powerful education on patriarchy. Prisons are unambiguously hierarchical spaces that are governed by violence and authority. Incarcerated men who are interested in liberation very quickly come to understand the injustice of this form of organization and rule. While they may not invoke the language of feminism (although many do), many of them develop an analysis that links the patriarchal violence being enacted upon them in prison to the patriarchal violence they benefit from and have often participated in on the outside. I've seen this in the prison-based study groups I've engaged with. I've seen men respond to this by trying to improvise new masculinities that are not premised on violence and exclusion. So I think there are some possibilities there to expand on this.
Casey Goonan: I think this is where my research is somewhat helpful. Because I hear you, Stevie, there is this contempt in a lot of people; but I also would like to challenge this idea. Because what people don't know is that there is a huge readership of Black feminist writing in prisons and jails. Alone I have a mailing list of over 300 imprisoned people, mostly in men's facilities who identify as male, who all are receiving texts ranging from Angela Davis to Julia C Oparah to Assata Shakur to bell hooks to Beth Richie to Rachel Herzing—all people who I would consider practicing a Black feminist politic and certainly inhabiting the Black radical tradition. I have folks locked up sending me responses after reading certain texts by Black women, reflecting on their own internalization of misogyny and participation in gender violence, now throwing words around like "heteropatriarchy" just days after reading, and actually beginning to embody the critique to address their own histories. Work by Black feminists are really well received and I'd love to continue to push back against people's conceptions that there is indeed a great antipathy for Black feminism inside…. I think its a matter of access, if that occlusion or antipathy is there, but its from the same sources that shape things on the Outside….. mostly cis-men who are patriarchal and aren't reading or listening to people who experience patriarchal violence. So it's also not there. You of course would know best, Stevie. But from my experience working from the outside-to-inside, doing a lot of abolitionist educational work across walls these last few years, it feels like the differences between how Black feminism (and certainly Black queer and trans analysis) is received, studied, and/or (under)appreciated is quite similar to every other sphere of social formation, from nonimprisoned civil society to its penal underside. The fact is, there is just not nearly enough support for radical-to-revolutionary Black feminist analysis anywhere. This is changing, but we can't lose sight that this is not simply a prison-specific issue.
Share with a friend:
Posted by SENDMEYOURNEWS at 8:15 AM