African American Women and the Building of Educational Institutions 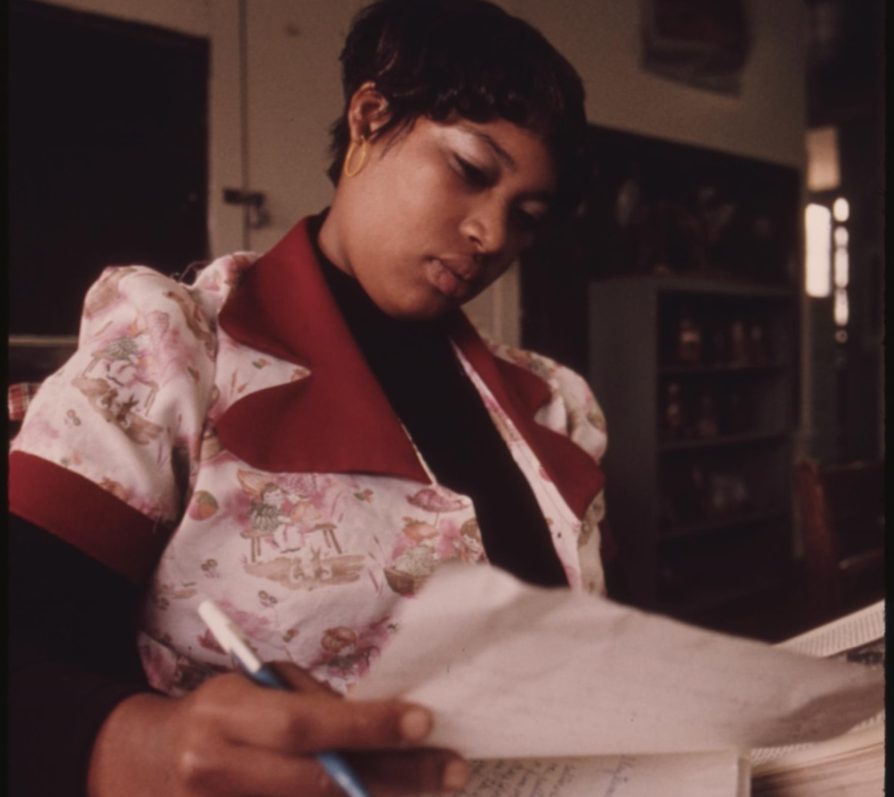 In 1865, just months after the Civil War had ended, the Colored People's Educational Monument Association (CPEMA) worked to establish a national school for freedpeople. The association sought to honor the legacy of President Abraham Lincoln, who was assassinated in April of that year. The association desired to build "a living monument" for the children of freedpeople. "A monument not of marble or of brass," they clarified, "but a monument of Education." The association believed that "marble may crumble, brass may tarnish, but the light of learning is as enduring as time" (22).
Though education became a prominent tenet of racial uplift, the metaphoric language of "living monument" is central to Angel David Nieves's An Architecture of Education: African American Women Design the New South.He argues that the intellectual and social project of racial uplift included a vision to reconstitute the Southern environment through building educational, industrial, and normal school institutions. In the five-chapter historical account, Nieves examines the institutional labor of Jennie Dean and Elizabeth Evelyn Wright as they helped rebuild the South during the post-Reconstruction era. These two working-class women — Dean, once enslaved, became a preacher and education activist, and Wright, a formidable follower of Booker T. Washington — embarked on the arduous project of founding and Virginia's Manassas Industrial School for Colored Youth and Voorhees College in South Carolina, respectively.
As the title suggests, An Architecture of Education sits at the critical intersection of architecture and education histories. Through this cross-fields engagement, Nieves's remarkable intervention analyzes Voorhees and Manassas as material culture. Three key registers anchor his understanding of material culture: First, institution-making was born out of collective trauma and memory. He tells us, "At industrial schools such as Voorhees or Manassas, Blacks were surrounded by the physical artifacts, stories, and traditions of their enslavement and deliverance" (29). Second, these institutions are Black nationalistic representations. He explains that "Black nationalism does occupy a geographic territory or space — a physical ideal" (51). And third, the physical construction of these educational institutions as material culture acted as a way to resist the Southern narrative and the Lost Cause effort, a revisionist movement that sought to present the war from the Confederates' perspective. 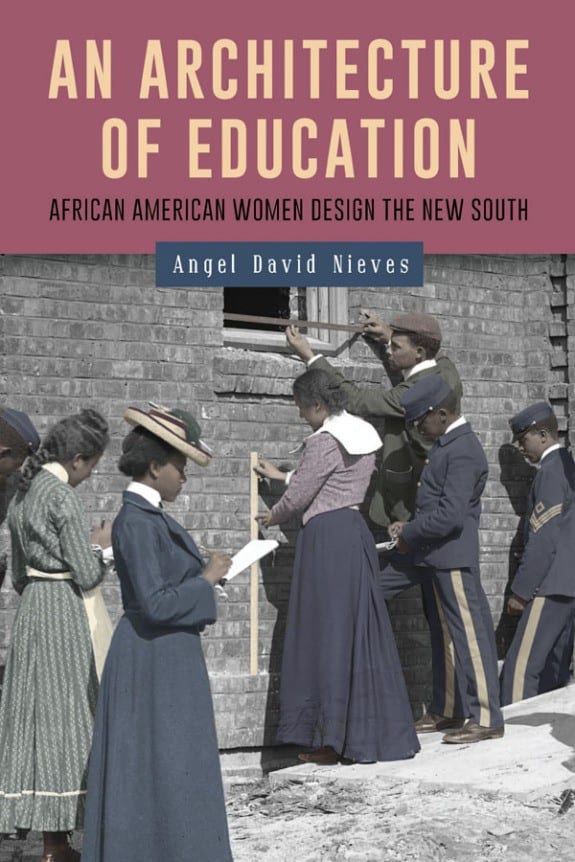 Nieves visits and reads surviving photographs of Voorhees and Manassas. With Voorhees, he sees the influences of Tuskegee in the overall architectural design. He notices that, "The Menafee Building employs a familiar Beaux Arts strategy with the building organized into a dominant central block with flanking wings terminating in pavilion-like structures, much like the design employed in Huntington Hall at Tuskegee" (96). One of the early buildings at Voorhees was Kennerly Hall. This rectangular, two story, double-door building was designed by William Sidney, a graduate of Tuskegee. (Pittman would become an important architect in the South as he designed at least seven historically Black Colleges and Universities throughout the South). She would later hire more African American men from Tuskegee who were trained as architects.
Nieves also interprets Manassas beautifully, writing, "the bare physical landscape surrounding the three buildings [Hackley Hall, Howland Hall, and the Carnegie Library] remind the viewer of the site's historical significance as a former battlefield. The land itself is mostly grass, with the exception of a few trees that sparsely shade the school site…. Small decorative shrubs and trees soon dotted the landscape; some appeared to be random, while some served to demarcate organizing lines" (100). As Nieves takes his time to describe the campus landscape, his reading method parallels with gradual rebuilding of the South. After the Civil War, the Southern landscape recovered slowly, including the town of Manassas. Dean reconstituted what once was a battlefield into a welcome encased environment, which yet bore some wartime scars. Situating its campus on a battlefield redefines the meaning of America's past and African Americans' relationship to it.
Nieves pairs his marvelous elucidation of these institutions as material culture with a rich analysis of how Dean and Wright modeled racial uplift in similar yet distinct ways. Dean shared her vision for her school with Black religious leaders like Reverend Walter Henderson Brooks and Marshall D. Williams, pastors of the Nineteenth-Street Baptist Church in Washington D.C. and First Baptist Church in Manassas, respectively. She also networked and found support from white liberal donors and philanthropists and northern architects. She also corresponded with Susan B. Anthony, who allowed Dean to speak at the National American Woman Suffrage Association Convention in Washington, D.C., in 1893. There, she garnered $2,000 in pledges to support it, enough to earn its charter (83). Nieves believes that Dean's institutional work can be compared to Booker T. Washington and Frederick Douglass because of their reliance on white support, among other reasons (86).
Wright, on the other hand, like in her architectural campus design, deliberately role-modeled herself after Washington and Voorhees after Tuskegee. She said, "I was at Tuskegee only a short time before I made up my mind to try and be the same type of woman as Mr. Washington was of a man…. His talks influenced me to try to help my fellow men to help themselves, and if a way was not opened for me, I must open it myself" (74). Wright forged relationships with key "race women" such as befriending Washington's second and third wives, Olivia Davidson and Margaret Murray. Wright conferred with Washington throughout the building process. Though Wright secured financial support from African American church members, her most substantial contribution came from white northern philanthropists — notably, Ralph Voorhees (for whom the school was later renamed) who gave a $5,000 donation when she was struggling to raise $3,000.
The book is laudatory, but a few key questions are looming. An Architecture of Education could benefit from a discussion about the role of the Black press in advancing the project of Black campus institution-building. It is evident that Dean and Wright relied on other higher education institutions, the Black church, and male leaders to assist them. What about the Black press? How did they view the Black press during its fledgling years? Did Dean and Wright use the Black press as a platform to seek donors and/or recruit students After the deaths of Dean and Wright, respectively, aged 65 and 34, their educational institutions were never the same. White people controlled Manassas, which prohibited African Americans from raising funds for the school. Unlike Manassas, the local African American community, the Protestant Episcopal Church, and the American Church Institute for Negroes rescued Voorhees College from sinking. To what extent did the Black press help prioritizing the building, funding, and saving of Black institutions like Voorhees and Manassas?
By focusing on the efforts of African Americans women in the post-Reconstruction Era to reorder the South, Nieves enriches the existing literature on race and gender and the American South. Nieves helps to reframe our knowledge of racial uplift, and more importantly, the United States' higher education system. These women memorialized racial pain and inscribed the memory and hope in their institutions. We must speak the names and remember the contributions of Dean, Wright, and all the African American women institutional builders.
Share with a friend:
Posted by SENDMEYOURNEWS at 1:47 PM