Teaching in an Uprising: Readings on Race and Democracy

Teaching in an Uprising: Readings on Race and Democracy 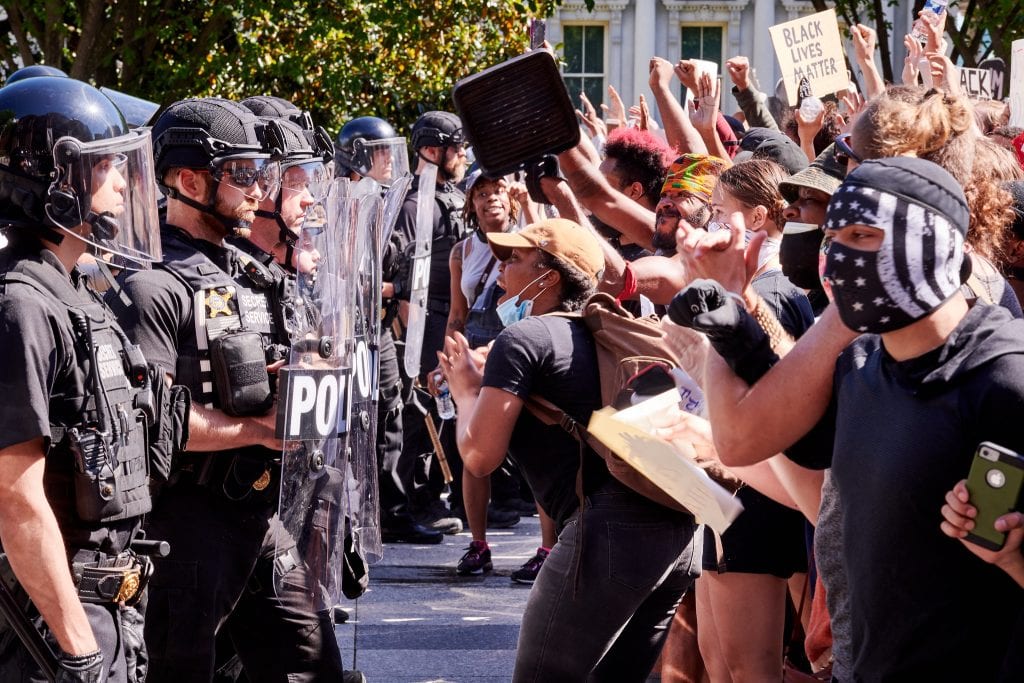 Since March, I've been teaching an introductory social sciences seminar which has the thematic focus of "race and democracy." We began the quarter by contrasting Alexis de Tocqueville's claim that "the great privilege of Americans is to be able to make reparable mistakes," with Ta-Nehisi Coate's 2014 article, "The Case for Reparations," where he writes that "we must imagine a new country," because "reparations would mean a revolution of the American consciousness, a reconciling of our self-image as the great democratizer with the facts of our history." From this starting point, students grappled with challenging questions about the character of American democracy when you take seriously Black thinkers and political theorists. Students progressed through the course reading texts like W.E.B. Du Bois's Darkwater: Voices from Within the Veil, the Combahee River Collective Statement, the report of the Reparations at the University of Chicago Working Group, James Baldwin's The Fire Next Time, speeches and essays from Martin Luther King, Jr., Malcolm X, and Bayard Rustin, and others. Voting, it became clear, was necessary but insufficient to create a democratic society. So how, then, do we know if we live in a democracy? What would it take to make the United States a truly democratic, just, and equitable society? What are the conditions under which reparations would be possible?
In this coming week, our last week of class, I had assigned readings to help us imagine democracy as a contested future—Ruth Wilson Gilmore on prison abolition, Charlene Carruthers queer, Black feminist reimagining of the Black radical tradition, the conclusion from Fanon's The Wretched of the Earth, and Naomi Klein's "Let Them Drown: The Violence of Othering in a Warming World." In the aftermath of George Floyd's murder by four police officers, we'll still read these texts, but understanding our discussions would be informed by events through which my students were living—and, likely, participating in—I wanted to offer some contemporary contextual readings by historians and other social scientists to guide us. I also wanted to make clear to my students that the uprisings weren't "unknowable" events—as the media often portrays them—but important subjects for inquiry, with a wide range of scholars already thinking about them, and so much more work to do.
After curating a short list for my own students, I tweeted asking for other recommendations (my students always ask for more!) and the response was incredible. I'm sharing in the hope that, although driven by the particular arc of this course I've described above, this list and the larger set of resources in the replies to this tweet can help a wide range of educators facilitate discussions in their own classrooms in the coming days and weeks. To meet the demands of the compressed timescale, I focused on essays and op-eds which are easier to move into a lesson plan quickly, and which are more widely accessible. In sending the list to students, I wrote a brief bio of each author below the link which included titles of their most recent and/or relevant work so students could read more if they chose. Christine H. Whyte has also created a public Zotero group with these and other resources.

Share with a friend:
Posted by SENDMEYOURNEWS at 12:08 PM